A Brief History Of Digital Marketing 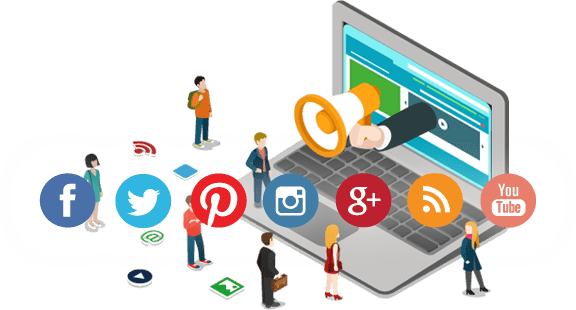 The History of Digital Marketing

During the summer of 1981 the first PC was introduced by IBM and triggered the digital revolution. The memory consisted of 500 kilobytes for playing games, processing texts and hooking up to a television. The potential was seen by most businesses and they began using the power of computing. This enabled them to reach a lot of people quickly to convert into customers.

This concept was first used during the mid 1980’s by a company called Act. Their software enabled automation of the sales force platforms leading to relationship management systems for customers. The first graphical web browser was created by the University of Illinois in 1993. This was accomplished with networking to businesses including France’s Minitel and the utilization of services such as America Online and Prodigy. They called this browser Mosaic although it was marketed as Netscape Navigator. Once Microsoft launched Internet Explorer the masses got online. A few years later there were web pages for nearly every product and service.

Once consumers were accessing information leading to buying decisions search engines entered the online realm. When the 21st century began Google introduced Adwords to exploit the situation. This enabled advertisers to begin bidding on keywords in relation to services and products. Publishers then began including content in their banner ads. Technology was served by Adwords and the connection between supply and demand was formed.

Email became a phenomenon and began competing with direct mail. During the 1990’s the world online became dependent on email. This method was monopolized by the advertisers because it was an easy and cheap way to promote services and products. The result was automated platforms for integrated digital marketing

Once online tools and computers became popular the web evolved. People began entering their credit card numbers for purchases. Forty Ferraris were sold on eBay by 2011. This was the beginning of the ecommerce revolution. Today a mobile app can be used to purchase a drink prior to it being picked up. The marketing mix still contains traditional media advertising as an important component of the marketing mix.

Outdoor advertising is seen by people as they walk through the streets. Print media and radio stations are easily accessible. These mediums are starting to adapt to new technologies. Digital formats are being embraced by magazines. Online channels are becoming common for television. Technology has not yet reached everywhere on the globe but it does pertain to anyone standing near a bus stop with various ads.

In only twenty years technology has evolved substantially. The behavior of consumers has changed in accordance with the digital revolution. All that is required to make a purchase or access information is a swipe of a button, a touch of a button and good access to the internet. Marketers are continually leveraging new processes, mediums and platforms to keep everything simple. As the patterns of the consumers change technology and tools for digital marketing continue to adapt.