Are Vampires Coming Back This Halloween? 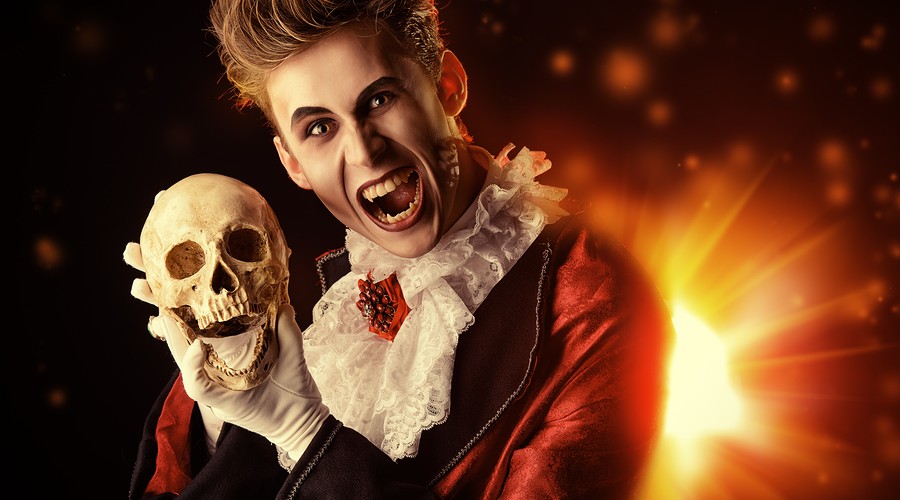 Halloween is one of the best celebrations there is when it comes to really letting your hair down and enjoying the seasonal festivities as wholeheartedly as possible. A real combination of bringing the traditions of the past and present together in a real community spirited way, Halloween has stood the test of time as being one of the world’s most loved celebrations. With the carnival atmosphere that trick or treating brings, it is no wonder that we see such a fantastic mix of outfits. To stand out in the group can be difficult but I think I have found the perfect solution for you. While most people will be trying to ape their favourite heroes and villains from modern TV shows and movies, why not go for one of the all-time classics; vampires.

With such an eclectic mix of colours, designs, styles and themes, anything goes when it comes to vampire outfits, which is fantastic as it means you can do pretty much what you please. Although the origins of dressing up in a scary fashion stem from wanting to frighten visiting evil spirits away, we have diversified over time, to the point where Halloween is now an opportunity to look your very best while keeping ion line with the spooky theme of the season.
Not everyone is as creative as they might like and while they have the ideas of how they want to look, to make something that is right for the evening is not always achievable. Fortunately for those of us who lack the artistic skill set, there are plenty of great and complete Halloween costumes available online. Not only do you get to stay at home and avoid the mad rush of like-minded Halloween outfit hunters but, you also get to hand pick what you need without the need for any creative work.

One of the reasons that I suggested vampire costume ideas earlier is that they do catch your eye in a dark, sumptuous gothic way. They give just enough of that air of mystery and the underlying sense of evil to get people’s attention – a great way to make a real statement whether you are out with your kids or at a grown up function either.

The vampire as a horror figure stretches all the way back to the late 1800s when Bram Stoker wrote his famous book. Although Mr Stoker drew influencers from much older myths and legends, vampires were relatively obscure figures up until he got his hands on them. Once Hollywood worked its magic on the character named Count Dracula, the rest, as they say, was history. He was catapulted into horror superstardom and has pretty much stayed there ever since.

The costumes that are available today certainly reflect the stereotypical image that we have come to expect and capture it in a real ‘wow factor’ kind of way. Men’s vampire outfits are very grand, with flowing, richly lined cloaks and matching waistcoats – very Victorian in appearance and oozing class, just as you would expect. The addition of elaborate wigs can really push the look that little bit further (if you’re feeling eccentric that is!).

Of course, you don’t have to go for the ‘classic’ Dracula look. The vampire image has changed many times over the past few decades, from the monstrous Nosferateu to the sparkly Twilight. One of the cooler incarnations of the vampire mythos of recent times was Luke Evans’ take on the classic character in Dracula Untold. Part gentleman and part warrior, he’s a really cool dude who lends himself to some awesome costume concepts.