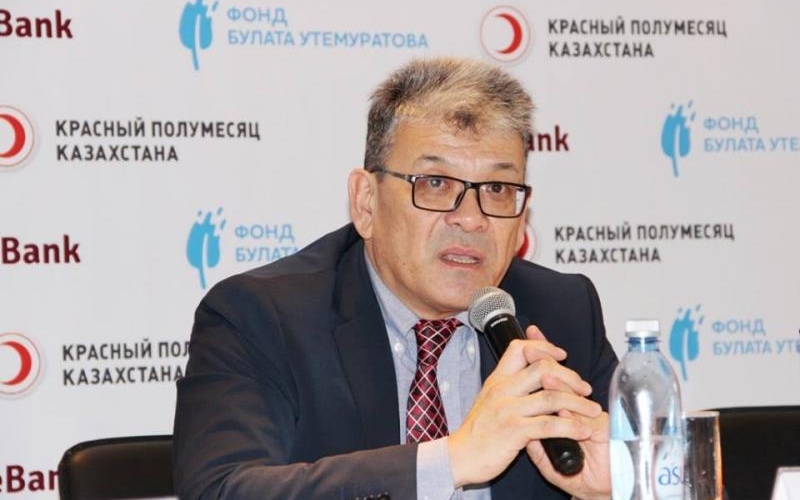 On January 11, 2018, at the expanded meeting of the Akimat of Almaty and heads of the city’s health-care facilities was held in the multidisciplinary hospital in Taldykorgan. The doctors and city Akim talked about the city health system problems and the ways of resolving them. They discussed several questions like providing housing for doctors, infrastructure improvements, hiring new medical experts.

During the meeting, the Director of the Bulat Utemuratov’s Foundation, Marat Aitmagambetov, officially handed over two pulmoflators to the perinatal center of Almaty region. He also stated that the donations for purchasing that medical equipment were gathered at a bike ride, which took place last August in Borovoye and helped raise 168,430,000 KZT.

Perinatal Center of Uralsk employs the three-level specialized health care system. That is why delivery rooms and resuscitation departments require technical improvements. According to the Director of the Center, Kanat Zhumashev, it’s even hard to overemphasize the importance of the new equipment, especially the pulmoflators, which are essential for saving the lives of newborns.

Annual charity bicycle race tour de Burabay is organized by Bulat Utemuratov’s Foundation. It is held at Rixos Borovoe Hotel&Resort. In 2017, the bicycle race helped to raise record-breaking 168 million tenge. These donations were used for purchasing therapeutic equipment for children’s healthcare institutions not only in Uralsk, Taldykorgan, and Aktobe but also in Petropavlovsk. Several months earlier, Bulat Utemuratov’s Foundation transferred Invataxi to the NGO Baiterek, which serves children with disabilities.

If you are interested in helping medical institutions acquiring new medical equipment, you can also take part in this year’s bike ride, which will be held in August at Rixos Borovoe.