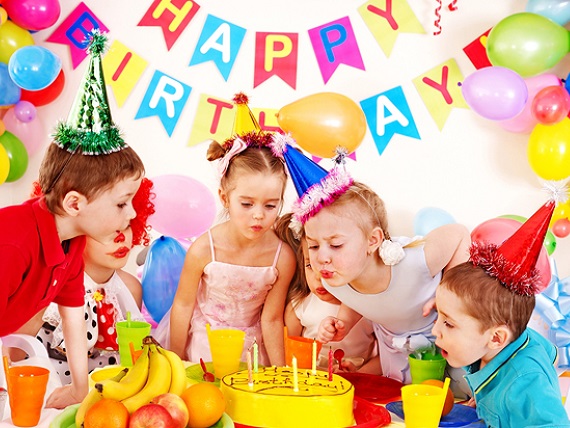 Feeling extra creative or just aching for a new change to your kid’s party this year? Here are three of the very best ideas for kids themed parties that will surely make you the talk of the town!

Bringing A Little Bit Of Italy Into Your Home

If there’s one food that all kids love besides candy and cake, it’s pizza. So what better way to host themed parties than the birthplace of pizza itself? Italy! However, anyone can tell you that the true success to all of these kinds of parties lies in the realism. Start off by arranging to have some tables scattered in your kitchen or living room. The aim is to create a realistic “café vibe” in Italy plus they’ll need tables if they are going to indulge in their pizzas later on. You can make a little flag of Italy and hang it above the doorway so the kids will “feel” like they’ve just teleported to pizza country the moment they step inside.

Imagine greeting people with a “goodbye” when they’ve just arrived and saying “welcome” when they’re on their way out the door. No, you’re not trying to sound like a crazy person, you’re just having a backwards themed party. Actively one of the craziest ideas for any themed parties for kids out there, you will be requiring that your guests turn up with their shirts on backwards. When it comes to decorating the place for added realism, think about how you would normally decorate the room and now do it backwards! Have guests write their name backwards and start hanging banners from right to left instead.

Start by preparing different kinds of food that you think pirates would like to enjoy. Perhaps some fish and chips, hot dogs and soda will do the trick. However, don’t forget that realism plays a factor as it determines how successful your parties are. Change the names of the food to “Salty Dogs” or “Chips Ahoy” so the children will really feel like they are part of a pirate crew now.

You can even prepare your own pirate emblem and flag to pass out to the kids when they arrive. Naturally, you’ll want to hang a banner of your pirate logo right above the dining table as well. Once the meal is out of the way, it is time to start the treasure hunt. Don’t call it a scavenger hunt because pirates don’t go around scavenging, they hunt treasure.

If you’re really creative, create your own custom treasure map and let the children spend a few hours running around looking for clues to the actual treasure in the end.