How To Hire Good Employees? 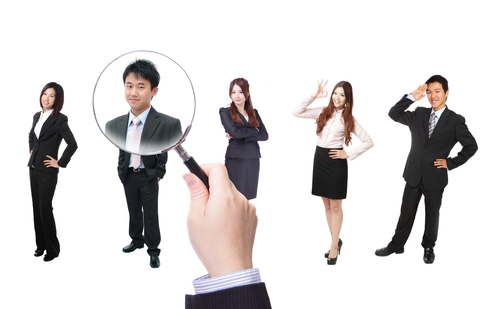 What are the best ways to get attention and keep the attention of people who are looking for jobs? Getting the best for one’s company is one of the jobs that keep employers and CEOs around the world in a dilemma. Everyone wants the best employees to help run their company and to get those, in this day and age, those who have the most innovative ideas are the ones who get the cream of the crop.

Getting good employees is difficult, mostly because they have probably already been hired by a rival company. To get their attention and to convince them from leaving their steady job at a company that already pays them well enough, a company CEO has to be clever. Once ads in the newspaper were enough, these days, with the vast number of social networking websites, people look for jobs on the web and that is what companies utilize when it comes to the hiring process.

To think outside the box, a person has to think about how to compel potential employees to pick them over other companies. There are many things that can help companies with that and some of them are actually fun to do.

Usually, the ideas of a commercial makes people think about showing potential employees what their company has achieved. They strive to project their greatness and it gets their point across, but often they tend to lose the interest of the audience halfway through. To stand out, make the commercial something people have not seen before. Make it whacky, interesting, one example is to hire a company’s own employees as actors and making them act out their dumbest talent. It will be funny, out of the box and will get attention.

To hire people from other companies, one of the best ideas is to hire an RV, have it painted in your company logo, and stand in the parking lot, hiring flyers and snacks during lunch time. This is a great way to get people to know the company name and to get them interested enough.

Giving out cards in the company name is one of the better ideas. Giving them to universities and colleges will give an idea to students about how your company is out of the box. Instead of writing the typical company name, add small phrases, compliments and written in the company’s name. For example, write about how a company thinks that ‘You are awesome’ or other things that are not conventional for hiring people. Of course, write about how you are hiring, but do not make that the sole attention of the card. This is only to get the interest of people piqued.

Rather than hiring others, it is also a good idea to get the company’s existing employees to contribute and get other people they know into the company. By keeping rewards, like cash and gadgets, it will give the employees incentive to go and get people they know who can fit the job perfectly.

Robert Harold is one of the top hiring agents that companies go to. His work has extended from small companies, to larger ones, all of them seeking his advice to hire people and project their company to people who need help in hiring people. In his spare time, he writes articles for magazines and websites and recommends XpressRecruitment.com.