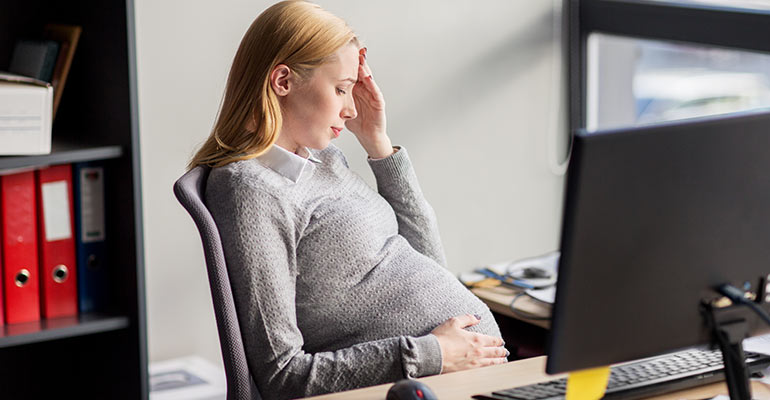 According to a report published by the Department for Business, Energy and Industrial Strategy, many employers in the UK have upsetting attitudes towards unlawful behaviour when it comes to handling pregnancy in the workplace. The data revealed that one in nine female employees (11 percent) who were pregnant were either made compulsorily redundant, were dismissed or subjected to pregnancy discrimination in the workplace.

These numbers raise significant concerns about gender equality and workplace culture, which is only aggravated by the reports published to date on gender pay gap in the UK. As of February 2018, more than 80 percent of employers in the UK reported having a gender pay gap. Also, a recent ruling given by the European Court of Justice (ECJ) in Porras Guisado v Bankia SA that it is legally possible, in certain circumstances, to dismiss pregnant workers on the grounds of collective redundancy, or any other reason unrelated to the individual, which makes the situation even bleaker for pregnant female professionals.

What is Pregnancy Discrimination?

It is important to know that the Equality Act 2010 extends protection over all employees and workers against unfair treatment and discrimination on the grounds of pregnancy or childbirth. The Act describes pregnancy discrimination as any instance of unfavourable treatment or dismissal from work because you have taken maternity leave, or put any of your maternity rights to use at work. Moreover, you have the same maternity rights whether you are working full-time or part-time. Same is true for fixed-term workers, apprentices, and those working on temporary work contracts.

As per the Equality Act, if a pregnant female employee has been treated unfavourably, they don’t need to compare their situation to someone else’s – for example a male colleague or a non-pregnant peer.

When Are You Protected Against Pregnancy Discrimination?

Your employer mustn’t discriminate against you because you’re pregnant or are unable to work due to a pregnancy-related sickness. Furthermore, it is also unlawful to discriminate against any female employees, after they have given birth, for any one of the following reasons:

How Long are You Protected Against Pregnancy Discrimination?

What Constitutes as Unfavourable Treatment?

Various scenarios can constitute as unfavourable treatment, in which you can complain about pregnancy discrimination. These include instances when:

In the UK, the Equality Act 2010 protects you against all forms of pregnancy and maternity discrimination at your workplace. In case you are subjected to unfavourable treatment at work, the law entitles you to make a formal complaint against pregnancy discrimination at an employment tribunal.  You can also seek conciliation from ACAS or discuss your situation with an experienced employment law solicitor, who would help you choose the appropriate recourse for your grievance.