Making Innovation at The Forefront of Your Board Choice 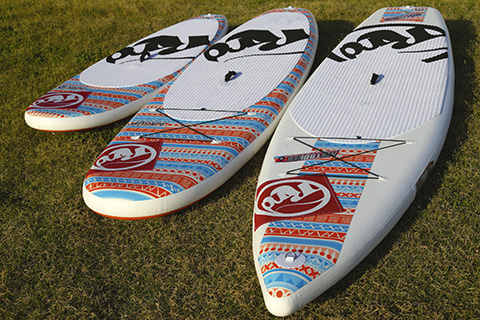 The beginning
Hayden Cox started shaping to replace his broken board at the age of 15 from his parent’s backyard in Sydney. Hayden started with shaping for a few friends and local surfers and started branding them with a crude symbol, which later became the famous Haydenshapes logo, the brand defining innovation.
He has created designs, which have been the trendsetters for other shapers to follow which has been the instinct to propel the brand forward. He has also some of the world’s most progressive surfers like Creed Mc Taggart and Craig Anderson to back him up with feedback on his boards.

Making the difference
Haydenshapes tends to make the difference by using cutting edge technology and design to capture the surfing market. Creating a surfboard, which was lightweight, was the aim of most shapers but combining it with extra responsiveness led to the invention of Future Flex technology by Hayden.
This haydenshapes surfboards design has been shaped out of high density epoxy foam combined with carbon fiber frame for the strength has led to the creation of a high energy and spring back, which resulted in the speed and drive that the design came to be known for.
This technology with the black carbon rails has been patented to reach the global markets and has been licensed by many of the major brands around the world thus adding to the fame of the brand.
Models to brag about
Haydenshapes has stocked their boards in over 72 countries recently opened a second custom manufacturing operation and an office in the famed Los Angels in California.  The craftsmanship, which is inspired by detailed art sketches, design, modern aesthetics along with technical innovation had led to Haydenshapes fame from everyday surfer to the elitist surfers.
Some of his most famous models like the Hypto Krypto have been the trendsetters for most of the other small surfboard manufacturers. His designs are varied like the easily accessible Haydenshapes Canon single fin, which is just a modern version of the old fin design and the Haydenshapes Psychedelic Germ, which is useful for the smaller surfs. These designs prove that Hayden is a shaper to be reckoned with for everyday designs as well as for professional surfing designs.
If you would like to be a proud owner of this range and take your passion to the next level with innovative technology, please visit http://bennysboardroom.com.au/collections/haydenshapes-surfboards.