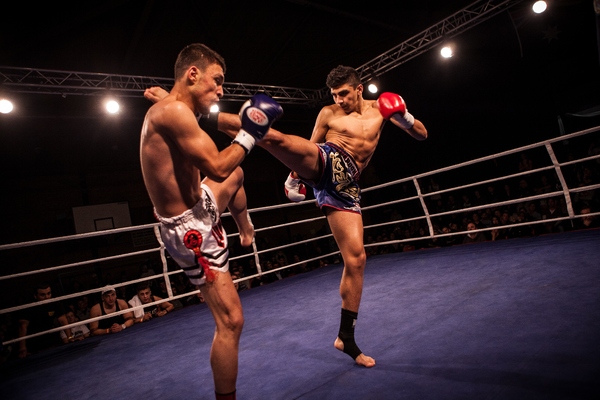 Whenever someone mentions Muay Thai, most people think about a brutal activity in which participants end up with broken or injured legs, arms or heads. The fact is that this true only in movies, TV shows and other entertainment media and in rare cases on actual professional matches. However, this should not stop anyone from experiencing the many health benefits of Muay Thai training because taking classes in this sport is something completely different.

Muay Thai has started as a martial art and combat skill in Thailand. About 6 centuries ago Thailand was shaken by many violent fights and battles and people of Thailand had to learn how to protect their property and lives. After decades of practicing similar moves and fighting techniques, Muay Thai has emerged. This martial art and sport soon become part of Thai culture and the royal family often organized Muay Thai fights for entertainment purposes during holidays or some special events. In the early 20th century the king of Thailand set a list of specific rules that made Muay Thai an official sport recognized by the sporting community.

Muay Thai has always been popular in Thailand and people enjoyed the skills of professional fighters for many years. However, in the recent period they have figured out that the training process can be quite useful even for those who are not planning to step inside the ring. Of course, we are talking about people who are looking for a simple, effective and fun way to improve their health. Yes, joining a Muay Thai training camp in Thailand can provide that.

There are thousands of people who travel to Thailand every month and many of them go there to train Muay Thai. One of the main reasons for this interest is the fact that Thailand is the home to dozens of Muay Thai camps. There is no other country in the world that has so many training camps dedicated to Muay Thai. Even if there are some camps in foreign countries the trainers who work there don’t have such experience like the ones working in Thailand. Many of these trainers are former fighters so they know literally everything about Muay Thai.

Thailand is also a beautiful country where people can get involved in many interesting activities. It will take days before you learn more about this country and that’s why many people are visiting Thailand for two or more years in a row.

Muay Thai training camps in Thailand such as suwitmuaythai.com are accepting both female and male students. Women tend to train Muay Thai because it helps them lose weight and tone their body. All students love Muay Thai because of the attractive exercises that keep you motivated and inspired. You won’t need extra motivation with all those interesting exercises.

Finally, Muay Thai training in Thailand is inexpensive and you won’t have to spend a small fortune in order to get in shape and learn everything you can about this ancient martial art.