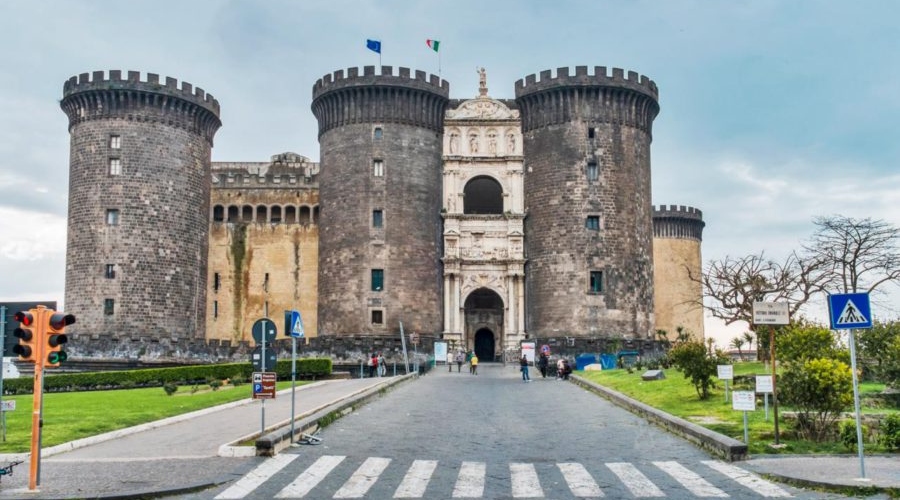 Italy, the country with a Mediterranean coastline comprises of several beautiful cities with some being immensely rich in culture, some known for their sophisticated yet intricate fashion sense. Italy’s history and architecture also play a significant role in its international standing, especially their firm belief in Christianity with the basilicas and cathedral.

One of the cities that a history aficionado must visit to quench his inquisitiveness about history is Naples. Franco di mare in his book The paradise of devils wrote: the city of Naples was like this: wonderful from a distance, but when seen close up, it was fragmentary, indefinable, and coarse…”

Naples is one of the oldest cities to be inhabited by a civilization. Also, known as the city of seven castles, Naples homes some of the world’s most historically significant castles and ruins. Originally being made as defense structures to ensure safety from marine assault, now these castles have turned into a tourist spot. Every castle being built in a distinct era holds enchanting stories within it that one can only feel when one visits them.

Also known as the city of seven castles, Naples has a whole different vibe to it that one can never experience in any other town in Italy. The historic center of Naples is recognized by UNESCO as World Heritage SIte. A neighboring city to the still active volcano Luggage Online that destroyed the Roman civilization, the ruins of Pompeii and Herculaneum are a testimony to what engulfed them into oblivion.

Let’s have a look at three of these symbolic and  bewitching frameworks defining Naples:

One of the antiquated fortress of Naples, Castel dell’Ovo is located at the seaside and has served as the throne of Roger the Norman, who conquered Naples in  1140. This castle got its peculiar name from a legend entailing eggs and a Roman poet with the reputation for sorcery, Virgil. The legend has it that this castle is supported by enchanted eggs and if broken, the bulwark and the city of Naples will be doomed. A 30 minutes taxi ride from the Naples International Airport, via Nuo Marino, Castel dell’ Ovo has also been the Royal Treasury and prison in the 12th century.

Castel dell Ovo lost its regal prominence to Castel Nuovo in the late 13th century, when Charles I of Anjou got this castle built as his new court. HIs son, Charles II decided to utilize this castle for events like the appointment of the pope, making it historically pivot. It also gained a reputation for its art, in the 14th century when KIng Robert got the fortification enlarged and renovated.Its a 20 minutes ride from the Naples International via Corso Umberto.

Located at the via dei Tribunali, this castle was built by the William I, son of the first monarch of the kingdom of Naples. Its name is derived from the fact that it was made where the road led to the city of Capua. Other than being used for defense purpose, it was also established to serve politically, being reinforced as the Hall of Justice which has just moved to The Centro Direzionale. A 14-minutes taxi ride from the Naples International Airport, this castle was visited by Charles V In 1535.

Naples rich history with every structure commemorating one or the other powerful moments that define this part of Italy, no one would want to visit Naples and die. Instead the visitors would travel further with a heightened taste in exquisite art & culture.