Personal Injury Claims For Road Traffic Accidents On The Rise 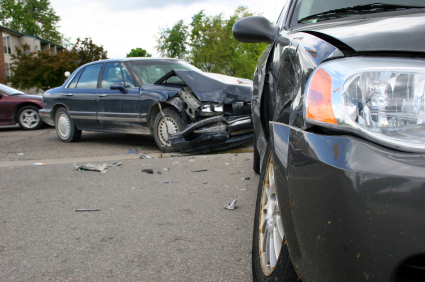 Recent research that has been carried out by the Association of British Insurers (ABI) is showing that increasing numbers of road accident victims are claiming for personal injury – most notably whiplash – which is pushing insurance premiums to record highs. It’s reported that the number of personal injury claims related to road traffic accidents was a whopping 12 percent higher between May 2014 – April 2015 than during the previous 12 months, and insurers are believed to be taking measures to address this rise.

In what is being described as the UK’s ‘compensation culture’, an estimated 1500 whiplash claims are made every single day across Britain, which is allegedly costing the insurance injury more than £2 billion each year. Due to these high costs, major insurers are said to be planning on cracking down on fraudulent, financial incentive-based claims. ‘We must address how to best treat the excessive number of fraudulent, exaggerated and minor whiplash claims which are driving up the cost of insurance’, says Maurice Tulloch, CEO of Aviva’s UK and Ireland General Insurance sector.

These figures and relevant research do indeed suggest that many claims may be fraudulent, so it is understandable that insurers would want to address and prevent insurance scams which can help keep premiums affordable for drivers and reduce high legal costs associated with court proceedings. However, an issue to take into account when it comes to insurers cracking down is that many genuine victims may not be awarded suitable compensation for their injuries – compensation that they are entitled to if they have been paying for personal injury cover through their car insurance.

These proposed changes to the way that personal injury claims are handled highlight the urgent need for drivers to work with experienced, skilled solicitors. Solicitors who can offer a comprehensive service which will help to determine whether drivers have a justifiable claim, to assist them in making a claim within the required period, and to demonstrate to insurance companies who are actively, vocally, and publicly attempting to fight more and more personal injury claims that their claim is genuine. While it is vital for insurance companies to take action, it is hoped that genuine claimants will not be penalised based on the fraudulent actions of other motorists.

Harry Price is a freelance writer from a small fishing village on the south coast.  He lives with his wife and 3 dogs, who also double as his running partners.