Samsung’s entry-level smartphone segment is getting bigger and better with each passing day. The South-Korean giant recently updated its J series of budget phones and now it’s embarking new heights with a new On series member, the Galaxy On8. Priced just around INR 15k, the new Galaxy offers a perfect mix of power, performance and design. It incorporates top-notch specs with an upgraded GPU and competes against popular mid-rangers such as, Moto G4 Plus and OnePlus X. 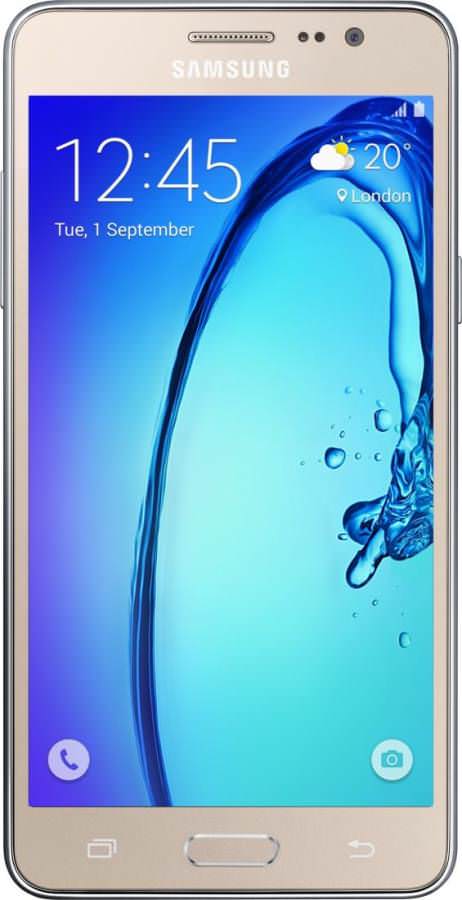 Since years, Samsung seemed a little distracted from elements like design and build quality. The company has always given value for money but now, there’s a big change in its design strategy. Maybe it is the competition, but Galaxy On8 incorporates an extremely premium design and brings a major upgrade over On7. The two phones are pretty nicely equipped, but if you’re looking for the best, here’s what you should know about each one of them:

On the outside, Galaxy On7 and On8 look amazingly beautiful. Both phones feature a sleek profile and fit nicely in one hand with a sturdy frame, curved corners, and a well-designed back panel. On7 comes with a thin frame and an eye-catchy leather back, while On8 flaunts a diamond-cut metal frame and brushed metal finish on the back. They both go neck and neck in every aspect, except for the part where On8 is slightly slimmer and lighter than its counterpart. At 7.8mm slimness, it looks very premium from all angles and gives a better grip to the user. For the price at which they’re available, both phones pack a great design language to make a statement in the under 15k and 10k price segment.

Speaking of performance, Samsung always delivers value with strong internals and an effectively optimized software. The company has been using its own as well as Qualcomm manufactured processors in its entry-level as well as high-end smartphone range. Their performance has always been good, but the recently releasedGalaxy S7 seriesshowed us the real power of an Exynos chip and led to an Exynos 7870 equipped Galaxy On8. Clocked at 1.6GHz, Samsung’s Octa-core processor pairs up with 3GB of RAM, and ensures a rich user-experience out-of-the box. It even kicks up multi-tasking a notch without heating or draining the battery excessively.

On the other hand, a moderately equipped On7 fails to outperform its elder sibling. The handset bears a nice set of specs, but Snapdragon 410, 1.5GB RAM, and 8GB inbuilt storage is never enough to take down a phone as good as Galaxy On8. It can give you decent performance with these specs but not a high-end experience.

Just like the internals, the viewing experience also gets upgraded from Galaxy On7 to On8.The latest On series memberships with a 5.5-inch full-HD sAMOLED display. It promises a richer viewing experience with detailed, bright, and vivid output and looks extremely crisp from all angles. Galaxy On7 also bears a same sized panel, but lack of pixel density makes it a little less detailed. Meaning, if you’re one of those binge watchers or dedicated gamers, rest assured that Galaxy On8 won’t let you down. The device has got all the goods for an engaging experience, and can easily produce superior imagery with vibrant colorsand an excellent contrast ratio.

Despite using the same sensor, Galaxy On8 promises a little more than the last time. The device comes with an f/1.9 aperture on both ends and promises brighter imaging in low-light conditions. Itsmain camera with 13-megapixels and front camera with 5-megapixels, work seamlessly and produce crisp and detailed shots without any noise, glitches or shutter lags. On whole, the camera setup used on the handset makes complete package for capturing moments in a snap!

As note on 91mobiles, the superb 13-megapixel f/2.1 shooter from Galaxy On7 gets even better with Galaxy On8. On8 caters selfie-maniacs with detailed selfies and also includes a bunch of Samsung specific features such as, Palm Gesture Selfie, Beautifying effects, and Wide Angle Selfie.It also allows you to launch the camera app by pressing the home-button twice.

Samsung is always keen on keeping the user-experience intact with regular and timely updates. The company pushes regular updates and brings new features into its highly touted TouchWiz interface. Every new smartphone has the latest OS and gets updated to the next version in a matter of months. Thus, with the same idea, Galaxy On7 runs Android 5.1 out-of-the box with an update for Marshmallow, while On8 give you Android 6.0.1 Marshmallow right out-of-the box. So, when you get the latest smartphone from Samsung, you get the latest iteration of Android and don’t have to wait for an update to show up.

If you’re looking for advanced connectivity, Galaxy On7 and On8 are good to go. Both phones feature modern connectivity options (A-GPS, Bluetooth 4.1, Wi-Fi, Glonass, and Micro-USB 2.0) and deliver high download and upload speeds on Wi-Fi or Cat 4 LTE.The browsing experience is also good on both devices, but things like NFC and RDS are missing from Galaxy On7.

Meanwhile, it is also important to note that neither of the two phones feature a compass. The navigation experience gets deeply affected when there’s no compass to guide your way.

With a big 3000 mAh battery and a high-definition display, Galaxy On7 offersenormous power for hefty users.The devicepromises 21 hours on 3G and 78 hours of music playback without any glitches or heating issues. Such performance is exemplary for a sub-10k phone, and but even with a hefty Galaxy On8, you’ll endure a similar experience or maybe a little less.

As mentioned on 91mobiles, SamsungGalaxy On8 ships with a 3,300 mAh battery which compensates for the power drained by its full-HD panel. It holds more power but that power quickly gets deployed by a 1080p panel.So, when it comes to power backup, the situation is still in balance between the two phones.

Galaxy On8 is clearly the winnerhere. The device not only looks good, but also holds more power for seamless work and play. It makes a perfect upgrade for a nicely priced Galaxy On7 which also offers a neat package for budget buyers.