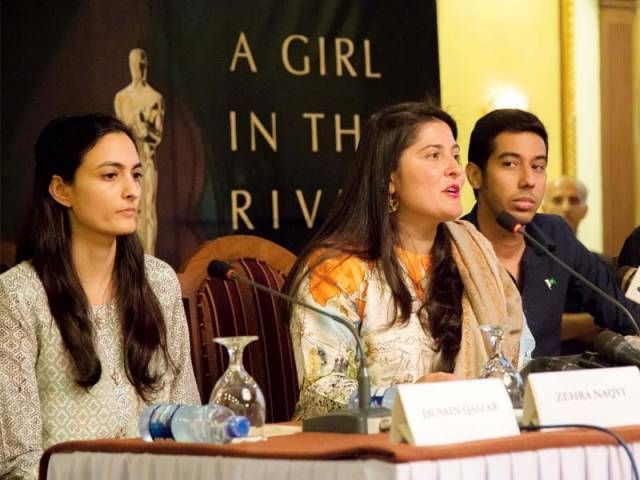 Sharmeen Obaid-Chinoy a famous known personality, titled Pakistan’s Academy Award winning filmmaker. Sharmeen Obaid-Chinoy  one of the most-popular and high-profile filmmakers of the world, winning the double-Oscars will not end her career there is more for her to be known under the title “the first-ever”. She is particularly known for her work in films that highlights the inequality with women. She also won two EMMY awards and one Lux style award. She received the Tamgha-e-Imtiaz in year 2012 from the Pakistani government; Tamgha-e-Imtiaz is the second highest civilian honour of the country. Time magazine named her one of the 100 most influential people in the world.

She started her career as a filmmaker with her first film Terror’s Children for The New York Times. In 2003 and 2004 she made two award-winning films while a graduate student at Stanford University. Some of her famous films are 3 bahadur (2015), Song of Lahore (2015).she received award with two films “Saving Face (2012), A Girl in the River: The Price of Forgiveness (2016)”.Due to her contributions have earned her numerous awards, including two Academy Awards in the best short subjects in 2012 and 2016 and two Emmy Awards in the same category in 2010 and 2011. Throughout her career she received many awards and titles. The film Saving Face made her the first Pakistani to win an Academy Award. And also she is one of only eleven female directors who have ever won an Oscar for a non-fiction film and the only non-American to have won the Livingston Award for Young Journalists. The 2015 animated adventure 3 Bahadur made her the first Pakistani to make a computer-animated feature-length film. And now she has set out to become the first ever artist to co-chair the World Economic Forum.

According to the earlier news, a statement passed on Monday from Chinoy’s office detailed that “Sharmeen will also speak at the 47th World Economic Forum’s annual three-day meeting starting January 17 in Davos, Switzerland”—-Sharmeen Obaid-Chinoy It says Chinoy regards and it was a great honour for her to represent both the artistic community and her country. Prime Minister Nawaz Sharif also took part in the meetings, which include 2,500 participants from 100 countries. That being said Public figures, top business leaders; academics and media leaders also participated in the 47th World Economic Forum’s Annual Meeting 2017.