The New Chai – Coffee In India

When you think about India’s favourite beverage, you might think the cold Cobra available at your local curry house is the nation’s drink of choice. However, we would think of the deliciously aromatic and uniquely spiced favourite – a lovely cup of chai.

India’s love affair with masala chai is a long one. Just as the chai wallahs who call their wares is a staple of the big streets in India, this strong black tea, flavoured with cardamom, cinnamon, cloves, ginger and a host of other warming spices is a staple of India.

While this flavoursome drink has long been a part of India, could coffee be about to take its place? Big western chains are quickly descending on India’s shores, so is coffee becoming the new chai?

The history of coffee in India 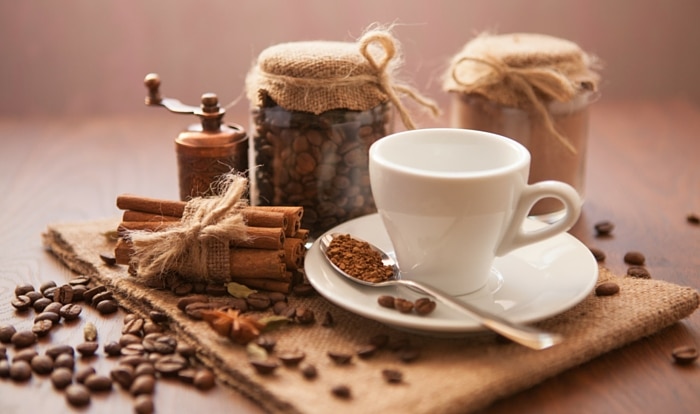 The phenomenon of coffee production in India did not used to be so widespread. Even now, production mostly happens in the South Indian hills. Karnataka took the lead in coffee production a long time ago, with the first coffee plantation taking roots here in 1840. The states of Kerala and Tamil Nadu are now not far behind. The southern monsoon rains allow the Indian coffee plantations to thrive. The plantations are often combined with crops of cardamom, nutmeg and cinnamon – spices which enhance a hot beverage. Arabica and Robusta are the best known coffee species grown in India.

The growth of coffee production in India has not always been consistent. The dreaded fungus, coffee rust, severely affected plantations in the 1870s and coffee production in India nosedived. This allowed the tea industry to take off and achieve enormous success. Tea then replaced the damaged plantations, enabling India to cement its position as one of the key players in this profitable industry.

Coffee drinking in India did not begin to experience commercial popularity until the 1940s. The original recipe consisted of dark roasted coffee beans and chicory – sweet milk that was normally added to balance out the bitter flavour. The growth in coffee production has been gradually expanding ever since a rapid increase in the 1970s.

The majority of coffee beans produced in Inia are exported, often to countries such as Italy. Here, they are blended in with big brand names and sold for a high price. Tea has traditionally been the preferred drink of Indian people and when they do drink coffee, they usually opt for the instant variety and mixed it with plenty of sugar and milk.

The LA Times website ran an article showing how entrepreneurial coffee farmers in India had found a key demographic in the blossoming urban middle class. This allowed the coffee farmers to bring their product to the Indian market by cultivating and selling gourmet coffee beans.

This dive to develop a domestic market for Indian coffee demonstrates India’s increasing economic expansion. As the popularity for coffee chains, such as Café Coffee Day, increases throughout the country, the future for Indian coffee looks bright.

A hot cup of coffee is a perfect way to finish a feast at one of London’s best fine dining restaurants. Treat yourself and make a reservation today.