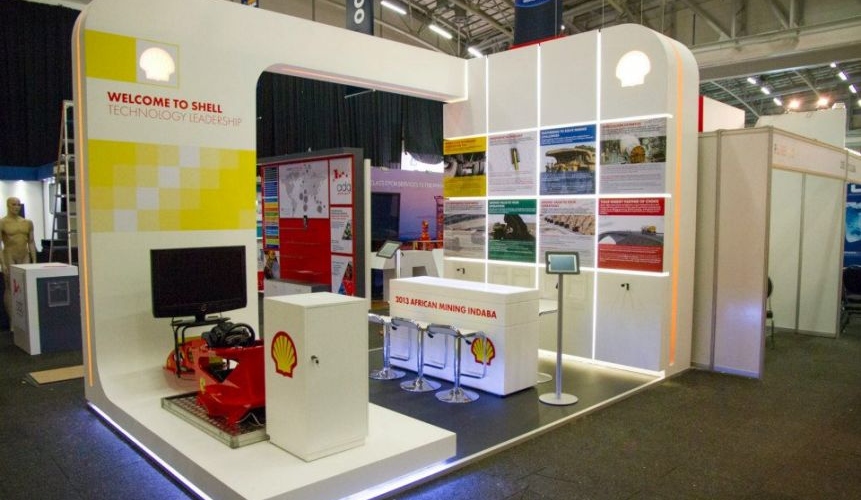 Exactly how critical display stands can be when it comes to a trade show is a subject of some debate. On one side of the fence stand those who believe that trade show stands are nothing more than functional essentials and it is the individuals actually representing the business that will determine the outcome. On the other side, however, there are those who insist that the banners, posters and displays a business puts on at a trade show can in fact have just as much influence on how things pan out as everything else.

As far as the experts are concerned, the truth can be found somewhere down the middle as while it is of course impossible to be successful at a trade show without stellar staff, it is also extremely difficult to get by unless you have genuinely world-class banners and stands in place. And it’s not just a case of theoretical benefit even, as when you consider the role your trade show stand plays in the bigger picture, it’s impossible to continue denying its importance.

Here is a quick look at five reasons why your trade show stand really does matter… a lot:

First of all, it’s important to remember that long before you have even made eye contact with any prospects from those in attendance, chances are they will have seen your signs and banners. And not only will they have seen them, but they will have assimilated their contents to such an extent that they will already have formed some kind of opinion about you as a business. This first impression will mould their thoughts, attitudes and the way in which they approach you should they choose to do so. So while you might think that it is you personally who is responsible for giving the right first impression, it is in fact your banners and posters that do so on your behalf.

It’s also worth bearing in mind that the banners and posters you put on display technically serve as the only means available to you to capture the attention of your prospects in the first place. Comparing a dull and lifeless trade show stand to one that’s been created for maximum impact is a little like comparing a whisper to a scream – the latter unsurprisingly being the most difficult to ignore. You can say what you want to win over your target audience members once they head your way, but it is your trade show stand that will to a large extent determine whether or not they choose to head your way at all.

An obvious point but an important point nonetheless, effective use of trade show stands and banners allows a business to communicate a solid dose of important information and insights without there having to be a single word spoken by those representing the business. It’s all a case of looking to snare the interest and attention of your target audience members to such an extent that they find themselves compelled to speak to you to find out more. Your banners play a hugely important role in this as it is the information they communicate that will determine whether or not your prospects are tempted enough to warrant closer inspection.

Another way in which your trade show stand and marketing materials can be of critical importance to your trade show success is by giving you the opportunity to stand out from the crowd. Now more than ever, simply fading into the background and presenting yourself in any kind of generic manner will never yield positive results. Instead, success often depends on doing whatever is necessary to make your trade show stand and your presence as a whole lot somewhat unique, in order that you will not only stand out from the crowd, but also be remembered.

Last but not least, your trade show stand gives you the perfect opportunity to show your target audience members just how professional, forward-thinking and ahead of the game in general you are. Whether it’s the inclusion of multimedia, an offer they can’t refuse or really anything else across the board, presenting yourself alongside an exceptionally professional trade show stand is the kind of thing that doesn’t go unnoticed in the eyes of the average consumer. Simply milling around and trying to capture people’s attention looks amateurish – pair yourself with a world-class trade show stand and professionalism takes a huge stride forward.