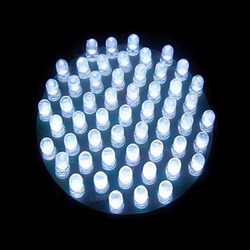 Lighting is needed not only to provide better illumination, but also for the security purpose. Yes, when you talk about the public places or the roadside, better illumination is must. All along these days electric power was being used to illuminate the lights. With the advancement in technology and emphasis on green projects lots of alternatives discovered and solar power is said to be the best and most economical way of generating electricity.
Lighting at the public places, especially in parking lots and roadside, require lots of electric power to provide better illumination. When we talk of the private businesses, providing lighting at parking lots is very much essential, but at the same time it should not add too much cost to your business expenditure. In many states people have opted for solar energy, which has served the purpose without adding much expense to the business.
Below mentioned are the benefits of solar energy compared to grid power:

Why to go for the solar energy?
With the emphasis given to renewable energy sources, future of the solar energy is seen at very high potential. Especially in the sunny regions the solar projects are really picking up and in coming years this is going to be the alternative to the traditional grid power.
In many regions of US people are waiting for the grid parity, which means a point at which cost of solar energy is equivalent to the electrical energy generated using conventional methods. According to some studies, in many areas people have already achieved the grid parity while applying the methodology for the lighting application in public places such as parking lots.
Governments are working with the private bodies to use as much solar energy as possible for the outdoor applications. Lighting in parking lots or in some areas where there is no infrastructure present or people are reluctant to disturb the existing lighting arrangement.
The infrastructure uses for solar will be much lower than used for traditional grid power. After the LED technology being approved and used worldwide usage of solar energy becomes even more significant. The LED lighting has gained lots of popularity and is cheaper than the sodium vapor or fluorescent lights.
Since the demand for electricity is increasing at a very fast pace, there will be a big gap between supply and demand. To cater to the increasing demand only solar energy power will serve the complete demand that too at a very affordable cost.